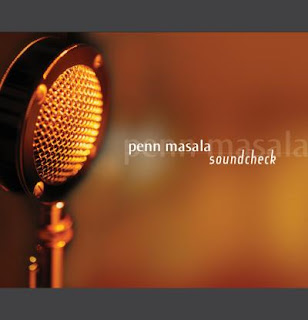 A profile of Penn Masala, an a cappella group that knows how to mix the sounds of of South Asia with America.

By Sneha SadaranganiFourteen guys with a love for music, a penchant for singing and a talent for fusing Indian beats and American tunes translate into Penn Masala, the University of Pennsylvania’s all-male, South-Asian a cappella group.
On this particular day, the group is hard at practice for their upcoming show.
They huddle in a close circle and launch into American pop sensation Ne-Yo’s Because of You, which is taken over by Hindi lyrics and Indian melodies, rounded off by western-style beat boxing.
The last strains of the song fade out and they go right into the next song; their own rendition of Sting’s Desert Rose, complete with a middle-eastern vibe and peppered with Arabic.
“Our music is distinct. Everything we perform has a Masala stamp on it,” said Anup Bharani, music director of the group.
Comprising primarily of South Asians born and brought up in America, Penn Masala merges the two cultures into a fusion of sound. They chose their English songs based on how well they blend with Hindi music and if the lyrics harmonize across the two languages. The end result is elastic, distinctive music, artfully juggling unexpected beats and melodies.

A Blend of Cultures
“Our parents feel really proud that we’ve merged the Indian culture they’ve instilled in us and the Western culture we’ve grown up with,” said Nikhil Marathe, lead percussionist of the group.
Currently on their fifth album, Penn Masala was founded in 1996 when four UPenn students decided to mould their love for South-Asian music into a more universally appreciated genre. After strengthening their fan base across campus, the group has gone on to perform in cities such as New York, Houston, Los Angeles, Chicago and San Francisco.
Their unique music has even earned them international acclaim. Penn Masala has performed in London, Toronto and across India, for sold-out crowds.
“The response we received in India was overwhelming,” said Bharani. “Performing without instruments was a new concept to the audience and it felt great to introduce them to a cappella.”
Penn Masala typically puts on two shows a year at UPenn and around six at off-campus locations.
“Our audience is usually evenly distributed across South-Asians and Americans. Off campus performances tend to show a bias towards Indians but in general our music caters to a wide range of musical tastes,” said Sagar Bhatt, a senior member of Penn Masala.
Increasing media exposure including a recent stint on NPR, news features in the Philadelphia Inquirer and The Daily Pennsylvanian and Penn Masala’s website and online radio have expanded their fan base beyond the South Asian community.

‘Their Own Flavor”
“Penn Masala has their own flavor,” said Elliott Thomasson, a sophomore at UPenn. “I don’t follow the Hindi parts but I like that they’ve retained their culture in their music.”
Will Van Eaton, another UPenn student agreed: “I don’t know much about South Asian music and wouldn’t have gone for the show if my friend wasn’t performing in it, but Penn Masala just won me over.”
In addition to spreading South Asian culture in America, Penn Masala is actively involved in community service. Their upcoming show in Dallas is a charity fundraiser hosted by Ekal Vidyalaya, an organization which promotes education in rural India. They have previously performed in support of Asha for Education and Raksha, both of which champion the same cause.
“It’s extremely satisfying to be able to give back to our community by doing something we love,” said Marathe.
Penn Masala has been recognized by the Zee Bollywood group for the same, and was awarded the Project IMPACT Award for ‘Outstanding Contribution to the South Asian-American Community’ at an award ceremony in New York in 2003.
Riding on the success of previous albums, their newest one features three original Hindi songs, which have been written and composed collaboratively by the group. One of the songs ‘Pehchaan’ which literally translates into identity has truly established Penn Masala’s identity on the a cappella scene as it will be featured on the BOCA or ‘Best of College A Cappella’ 2008 album.

Mixing Spices
“After combining and modifying songs ‘Masala’ style, we decided to try our hand at writing our own songs,” said Bhatt.
‘Masala’ which means a mix of spices is fitting; the group maintains a refreshingly original ability to merge Indian classical, Western hip-hop, classic rock and Bollywood beats into a delectable treat for the musical palette across cultures.