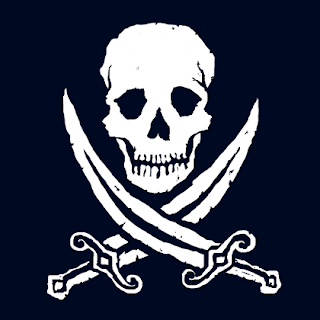 It happens a lot, but students say they don’t worry about being caught. So many do it, they believe there is safety in numbers.

Ben has over 15,000 songs stored on his computer and this Haverford College student says that all of them have been downloaded illegally.
The school’s Honor Code, which has rules against theft, at first acted as a deterrent to him, but not for long.
“When I got to Haverford I didn’t pirate music for a few weeks because I felt that it was against the Honor Code, but I got sick of not being able to get new music,” said Ben. (His name, along with others in this story, has been changed to conceal his identity. The students interviewed requested anonymity in exchange for candor about their downloading habits.)
Direct conflict with the Honor Code troubles many Haverford students, who struggle with the idea that music piracy is theft, but Ben has no qualms. He feels it is okay to break the rules that separate students from the music they want.
“I think copyright is intrinsically flawed in a digital era where content can be reproduced so easily,” he said. “I don’t think Duke Ellington is going to mind if I take one of his albums.”
Ben wasn’t kidding when he said pirating is easy. He uses free download sites like Kazaa and Limewire daily to contribute to his stash of 15,000 songs. Those sites make it possible to download over 100 songs in a day. If Ben played his pirated library from start to finish, the music would be playing for more than 21 days.
Ben isn’t the only Haverford student who pirates music. While not everyone has downloaded 15,000 songs, the majority of students interviewed for this story admit to using download websites to add to their music library.

Safety in Numbers
A student we will call Caroline has over 3,000 songs on her computer that she did not pay for. Her stance mirrors the “above the law” mentality that Haverford students have adopted on this issue. Their belief is that most Haverford students download music illegally, so there is no chance of getting in trouble.
“They’re not going to catch me, everyone does it,” said Caroline..
A woman we will call Lisa is another avid music pirate who shares Caroline’s belief that there is safety in numbers.
“I’m aware of the consequences, but everyone else downloads music so I don’t take the
consequences too seriously,” she said.
What students like Ben, Caroline and Lisa do not realize is that people do get caught pirating music on the Haverford campus.
Barbara Mindell, the Director of Academic Computing Services at Haverford, deals with attorneys that are taking legal action on students on campus.

“Every year we get notifications from attorneys of the copyright holders to notify a student that he or she is being sued,” said Mindell. “They are spending millions of dollars to monitor things that are going over the network to try to catch people pirating music. It’s a huge issue.”
Mindell also added that legal action should come not as a surprise to these students. The risks of downloading copyrighted material are clearly shown on the college’s Academic Computing Center’s website. The potential consequences are all listed.

Keeping it Secret
This is not enough to scare Caroline. She said has found a way to protect her computer from being found as having copyrighted material. “I disabled my file-sharing, so now people can’t take files from my computer” she said.
What is ironic is how Caroline learned how to use this protective measure.
“Someone from the Academic Computing Center taught us how to do it last year during customs week,” she explained, “It’s even on their website.”
Sure enough, Caroline was right.
On the ACC website there are two links to websites titled “How Not to Get Sued for File Sharing” and “Disabling Peer to Peer File Sharing”.
Andrew Lipstein, 20, wishes that he had known about these links. In 2006, Lipstein was contacted by the school saying that he had to pay a $75 fine for sharing music or else he would
Be denied access to the school’s school’s internet.
“Although I used to frequently download music, I was caught for having shared my music. Apparently someone took a song off of my computer” he said.
Lipstein said that he is lucky that he was only caught for one song. He added that a friend is currently being sued for $750 a song for 10 songs that were found being illegally distributed from her computer.
It is an ongoing battle between the music industry and college students that do not want to spend money for music. While there are isolated incidents of students being caught, there are far more incidents of people who continue to download illegally.
“If I want a song, I’m going to download it,” said Caroline. “I’d still rather take a risk than have to pay for my music.”